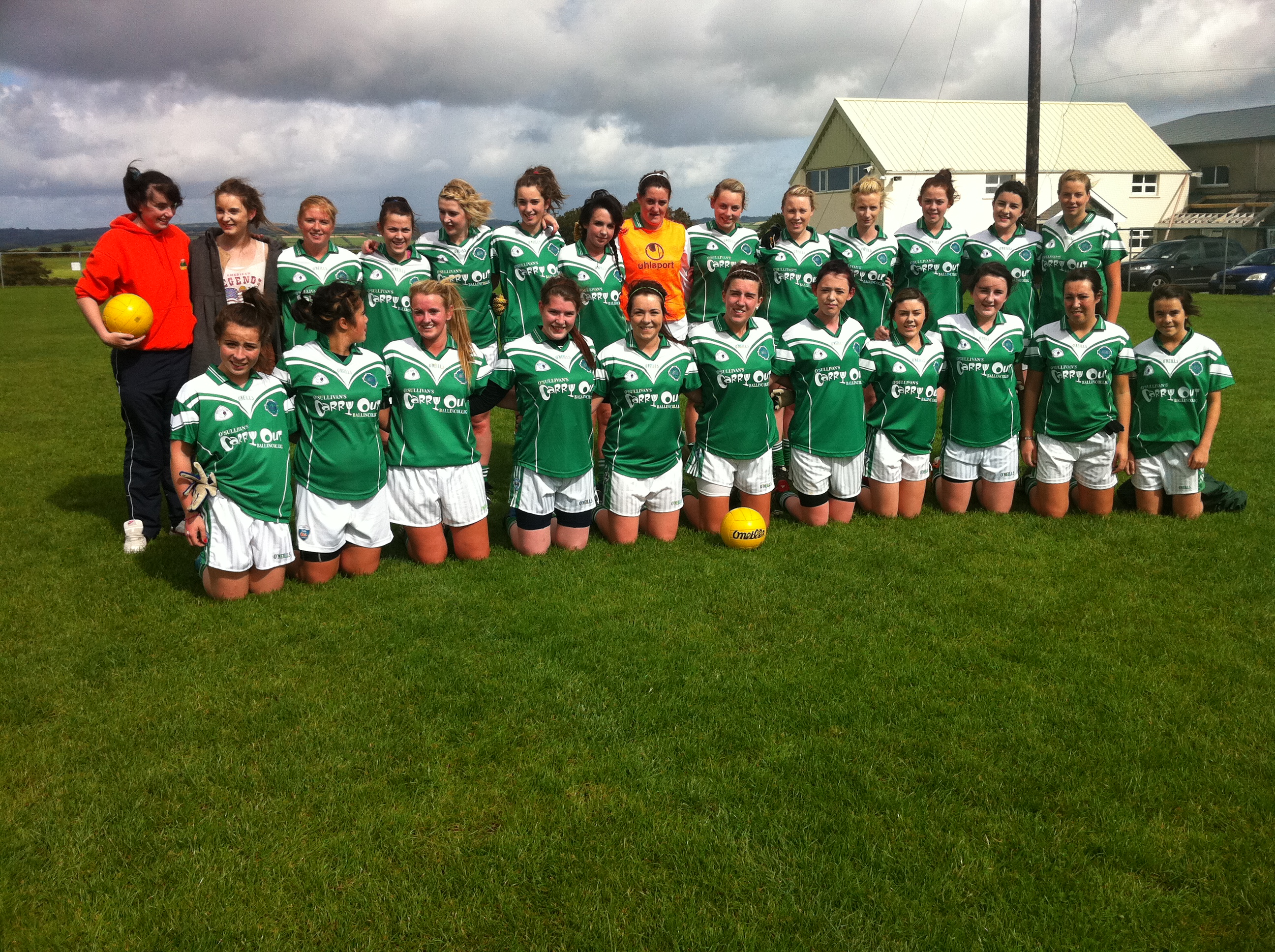 Ballincollig Ladies started their 2012 League campaign with great determination with a wonderful win over Douglas under lights on Tuesday, 20th March.  After a quick 3 points scored in the opening minutes of the game, the ladies settled down to a confident game of football.  With some great points scored by Eimear, Orlaith and Grace, and two great goals by Eimear, the ladies were nicley ahead at half time.  Even though there was only a goal (Eimear) and 2 points scored by Ballincollig in the second-half, the points scored in the first half gave them a comfortable winning score of 3-8 to 1-2.

Their next League fixture saw the Junior ladies playing Dromtarriffe on Sunday, the 25th March on home ground and what a day it was for football.  The sun shone bright for the ladies, who had a narrow win over the visiting team.  The teams were very closely matched in the early minutes of the game, with Ballincollig pulling ahead towards the end of the first half with steady point taking and 2 great goals.  Our ladies were comfortably ahead at half-time, with a 7 point lead.  Dromtarriffe came out strong in the second-half and steadily added up the points, but the Ballincollig ladies kept their heads down and the hard work from the previous half paid off with Ballincollig succeeding in winning the game with a narrow margin of a point. Final score: Ballincollig 2-10, Dromtarriffe, 2-9.