You are here: Home / County Championship for Junior Ladies 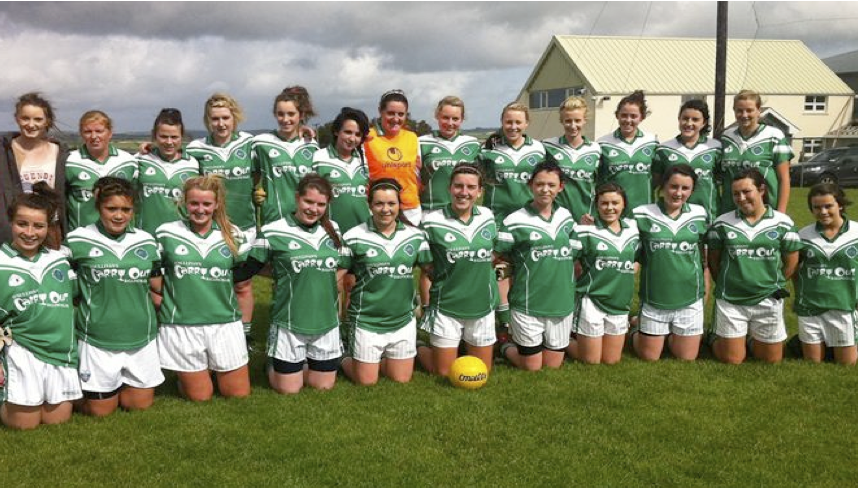 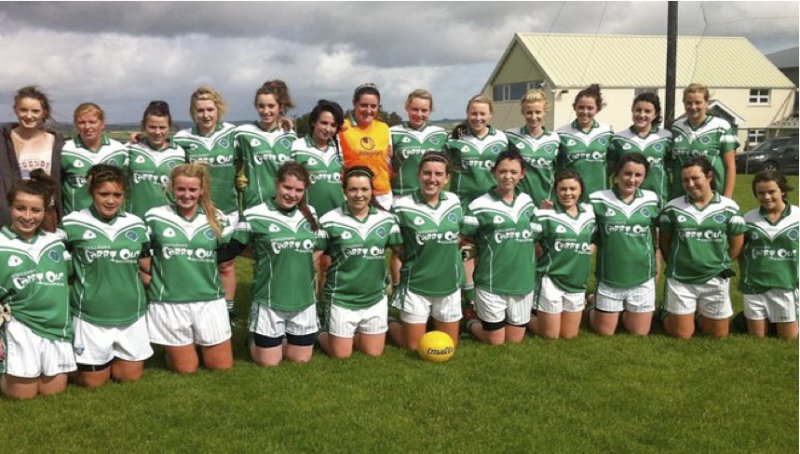 It's been quite a week for the Ladies Football club in Ballincollig! Our Junior 13-a-side A Co Final was finally scheduled for late Sunday morning to avoid a clash with the Senior All-Ireland Hurling Final. Torrential rain with breakfast and a dreary wet encounter looked likely for the County Final match against Ilen Rovers in Ahiohill.  However the skies brightened as we headed west and the rain had cleared when we arrived at Keelnameela Ladies' home at Oliver Plunketts Gaa grounds.

The wind was always going to be a major factor during the match and little did we know how much! Captain Eimear O'Sullivan wisely elected to play with the wind after winning the toss, which was done by referee Eoin Byrne.  Early possession for Ballincollig unnerved the opposition with midfielder Meadhbh Flynn finding the back of the net in the third minute, rapidly followed by a point from Eimear O'Sullivan, following an interception of the Ilen Rovers kick-out. Another goal by Nicole Smyth in the fourth minute had Ilen Rovers with a seven point margin to overcome early in the match. A fine pair of goals within a minute scored by Eimear and Grace McDonnell and another scored by midfielder Sam Coomey, left Ballincollig leading 5-1 to 1-2 at the short whistle.


The strong wind in their faces and excellent defending by Ilen Rovers kept Ballincollig to only two points in the second half. Ilen Rovers made use of the wind, popping over the points all the way to the whistle, the ball carrying a good distance.  Ballincollig nerves were being rattled and Ilen Rovers came back strongly all the way. Those valuable first-half goals were to prove crucial with a final score of Ballincollig Ladies 5-3 to Ilen Rovers 1-8.

This team was defeated in the County Final last year and the League Final earlier this summer, so relished the victory all the more. Captain Eimear O'Sullivan accepted the cup for Ballincollig and thanked the team's mentors, John, Tony, Paddy, Denis, Timmy & Cat for their help and dedication over the years. The team returned to Ballincollig with the silverware to drink tea and savour the win!