U16s & Juniors: Training on Mondays 7-8pm & on Thursdays 7-8pm.
Training continues, with the League Semi Final played last week against Carrigtohill B! An excellent performance by this talented team, to earn them a place in the League Final against Glanmire B shortly on a score of 6-7 to 2-5. Katie Lynch was superlative in goal, and not only saved two penalties, but also several other certain goals to boot. She made a huge difference and is so much of the reason they are in the Final! Carrigtohill were also desperately unlucky with at least five attempts on goal rebounding of the metalwork. Excellent teamwork though Ballincollig, and best of luck in the Final Ladies! Scorers: Meadhbh Flynn 1-1, Samantha Coomey 2-0, Eimear O'Sullivan 3-4, Trish Murphy 0-1, Orlaith Jennings 0-1.


U12/14 Training is taking a few weeks off now after the intensity of the FÃ©ile, and will be resuming in August.

U10s: Training Resumes on Monday 8th August 2011, 5.30-6.30pm.
The U10s are taking a well-earned break for a few weeks. School holidays are upon us and this bunch of dedicated young players deserve a rest from all timetables and hassle to recharge the batteries. Maria, Aileen & Cait are also taking a break, and will return the first non-bank-holiday Monday in August, which is August 8th. The summer enthusiasm can be channelled into a bit of ball work anytime though, throwing, catching, kicking, perfect holiday activities! Enjoy the sunshine!
We have the Mid Cork U10 Blitz coming up on the last Saturday in August, and they are more than ready for it.  Parents: please pencil it in for the 27th August, in Donoughmore! 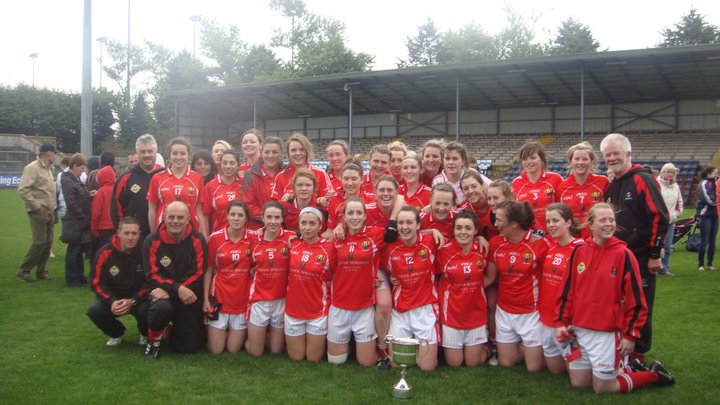 After defeating Tyrone in Tuam at the weekend the Minor Ladies have earned a place in the All-Ireland. Best of Luck to Meadhbh Flynn and the Cork Ladies Minors, out next bank holiday Monday in the Final against Dublin in Birr, Co Offaly at 2.30pm.  For those who wouldn't be in Birr on the day, the good news is that the match is expected to be televised on TG4!