You are here: Home / Fé12 Ladies finish their League in style! 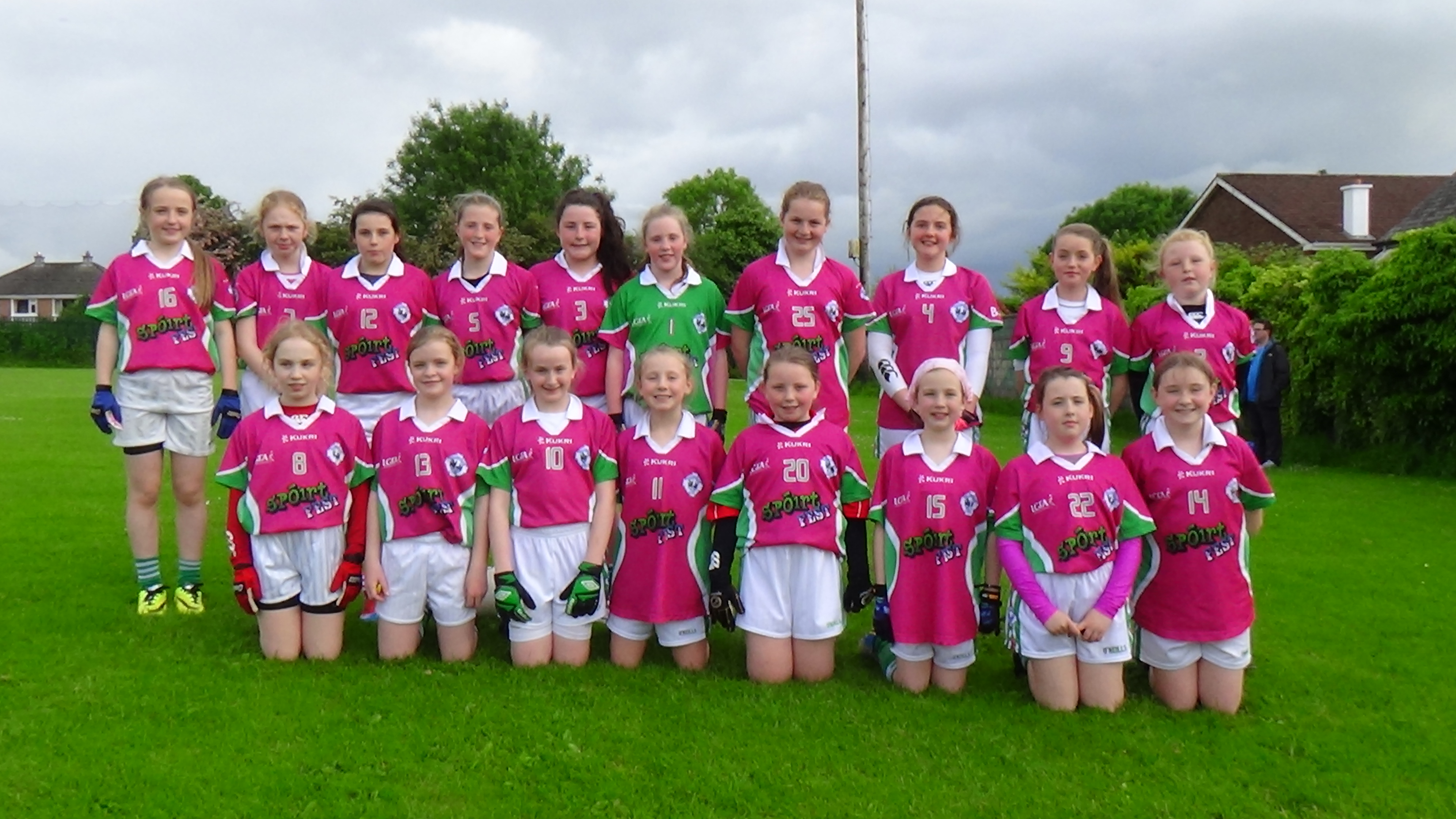 Our Under 12s finished their League campaign with a terrific display of football when they met Naomh Fionnbarra last Monday night.  Both teams were very equally matched with great team work up and down the pitch.  Grace opened up the Ballincollig score-line with a great point after a fantastic passage of play up the field between Amy and Julie.  The scores were tit for tat up and down the pitch with both teams neck and neck throughout the very entertaining game.  This team have benefited greatly from their matches, as it was team-work won out on the night, with Katie making a beautiful pass to Grace, who put the ball in the back of the net just before the half time whistle.

With some players now in new positions, the girls popped another 8 points over the bar in the second half.  Anna Cremin Butler was solid as ever, clearing the back-line and booting the ball up towards the half-way line with her mighty kicks.  Lauren played a fabulous game in goal, with some superb saves and good reading of the game, clearing the ball with the help of Niamh and Francis.  Ciara Lee and Kate chased down every ball and really worked their socks off, sending the ball up the pitch.  Ciara Lee made a terrific run up the field and took the opportunity to score a terrific point before the N. Fionnbarra girls closed her down.  Julie played in the half-back position in the second half and she was dynamite in this role, with great catching and placing of the ball.  Sarah, Becky, Molly, Eimear, Erica and RoisÃ­n, played a great game, working tirelessly for every ball.  With Katie in a forward position in the second half, she scored a beautiful point with great confidence. A first of many for this newcomer! With a goal and 11 points scored by the Ballincollig team, it was a superb finish to a great season.  Well done girls.