U8 and U10 girls compete in Bishopstown Football Blitz

You are here: Home / U8 and U10 girls compete in Bishopstown Football Blitz

U8 and U10 girls compete in Bishopstown Football Blitz 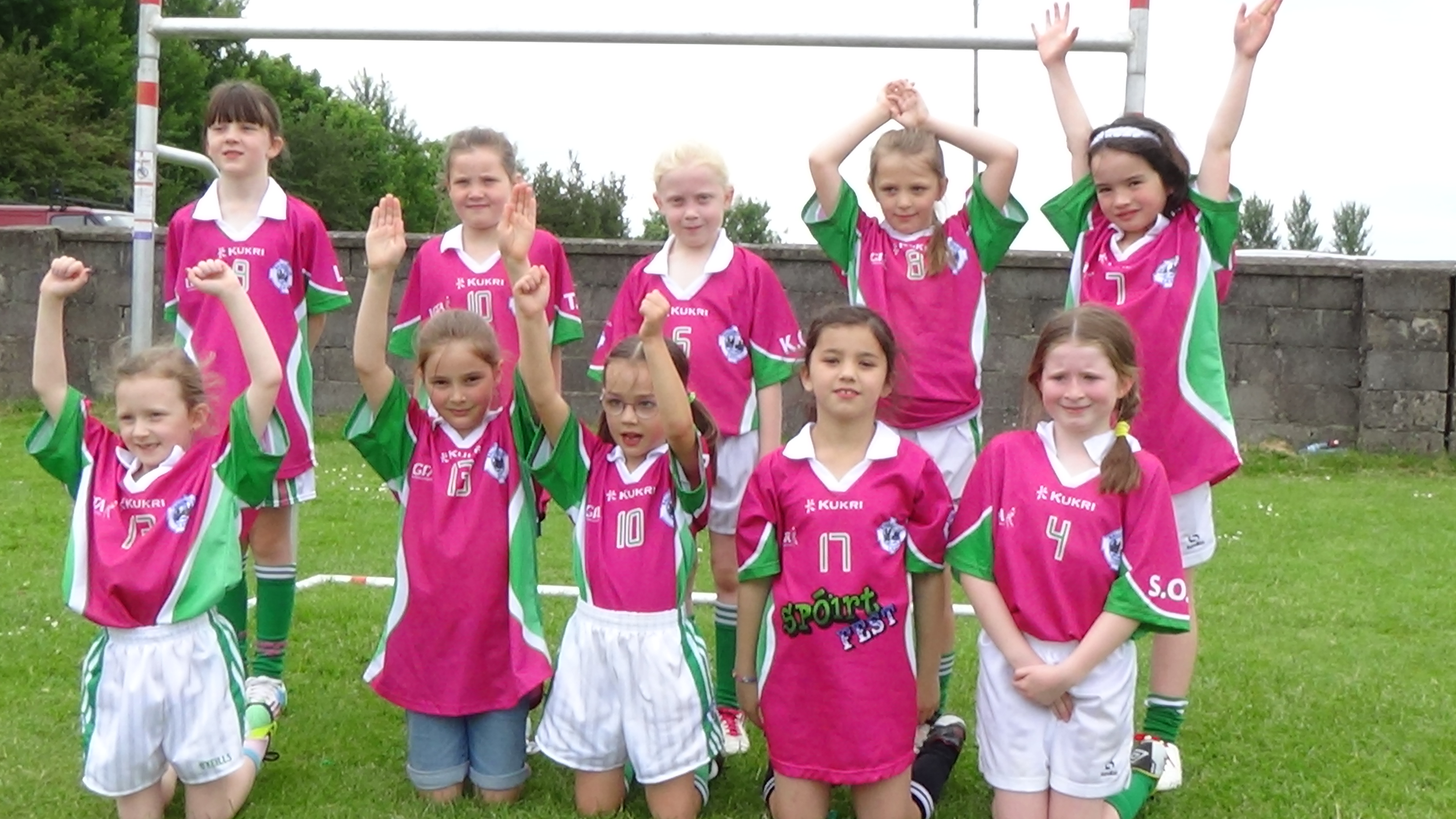 Sunday morning, 22nd June saw our Under 8s and Under 10s competing in Bishopstownâs Summer Blitz.  With great excitement 22 girls made the journey with their families for a great morning of football and fun.  The girls were divided into two teams in the morning â Mariaâs Marvels captained by Emma Collins and Aileenâs Angels, captained by Orla Delaney.

Both teams played 3 matches, 10 minutes a side.  The girls did us proud, putting all their practice into good use.  It was great to see the girls soloing, hand passing and kicking with such confidence.  It was some girls first ever football match and to see the smiles on their faces as they played their games was fantastic.  Of course there was great excitement on the pitch and on the sidelines from the mums and dads when the girls scored points and goals.

There were lots of oohs and ahhs to be heard as some of the scores were narrowly missed or hit off the goalposts!  Each girl received a medal for their great display football and then it was out to the grass to relax and enjoy our picnic.

Many thanks once again to Bishopstown LGFA on a well-organised great morning of football and for the lovely spread of sandwiches and goodies.

The Under 8s andU10s will have training next Monday and then take a well-earned break for the month of July.