You are here: Home / Ballincollig Ladies Win Under 13 Summer League 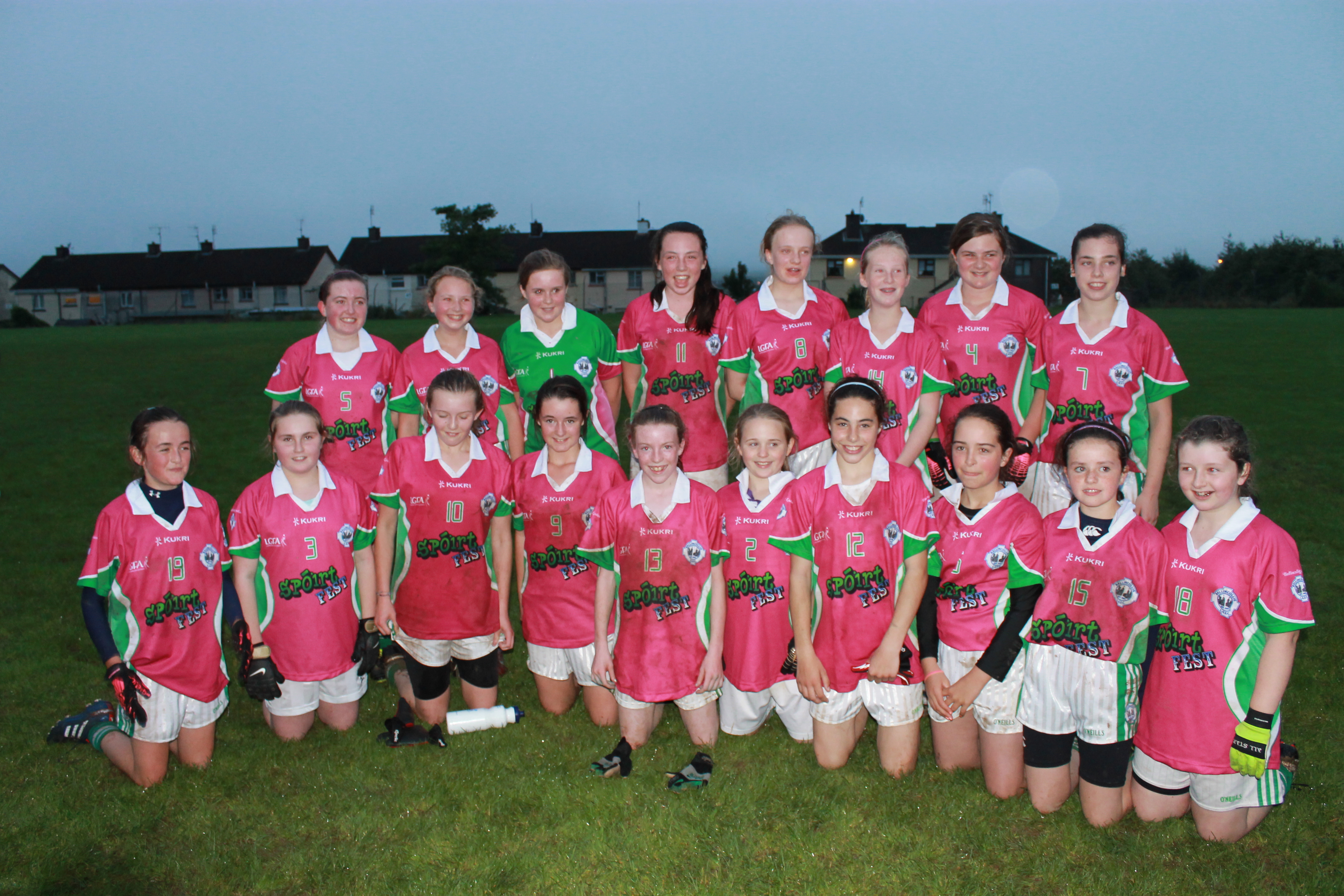 What an evening it was on Friday 18th August, as our Under 13 Ladies headed to Grenagh to play the U13 Summer League final. These girls had trained hard in the previous weeks, including a pre-match practice session in the lashing rain the previous evening on Pitch 5. The girls were highly focused and eager to get going and the positive nervous tension could be felt in the changing rooms before the game. This team had met Grenagh previously in the League and the scoreline hadn't been favourable to us on that occasion.
From the whistle the girls were highly focused and each and every player gave the game 100 %. Shonagh McHue had terrific pace up and down the field, and along with several of her scores, made some fantastic passes which kept the Grenagh backs under pressure throughout. Our forward, Fiona Linehan, was in the right position on numerous occasions, as she steadily added to the Ballincollig scoreboard. Our back-line were a solid as ever, with Caitlin Quinn clearing the line with her determination and solid long kicks up the field. Ashleigh Oldham was our goalie in the first half and saved the day on at least 3 goal opportunities, when the Grenagh girls managed to break through the defence of the back-line. The team-work between Erin Holmes (captain), Abi O Donoghue and Leah O Dononghue was stead-fast with great passing, calling for each other and helping each other to clear the ball up to the centre of the field and out the wings. These girls were level headed throughout the game and made Grenagh's job of scoring points very difficult. Aishling Dore and Ali O'Mahony made some terrific interceptions and ensured the ball was forwarded down the field. Chloe Mannix had a great game and made numerous passes that resulted in scores. She kept great pressure on the Grenagh back-line and was constantly running for the ball and feeding it forward.

At half time, the girls were full of high hopes as their self-belief grew. It was a very fast paced game, playing full pitch, which a number of our younger players would not have played before - but it was a Final and the girls knew that they would have to dig deep heading into the second half. Seona Kiely and Niamh Heelan had terrific pace and appreciation of the game. They had a great ability to read where they were needed and were constantly running, picking out their team mates and delivering the ball to them. The flow of the game continued in the second half and then Molly Burke scored a superb score that really lifted the spirits of the girls at a crucial point in the game. Grenagh kept running the field determined to gain the upper hand - and their scoreline began to creep up. Fresh players were introduced, as Molly O Flynn and Rachel Moriarty were brought on to help keep Grenagh under pressure, blocking their passes and preventing them from clearing the ball. Shaunagh McCarthy seemed never to tire, as she had some beautiful passages of play up and down the field and scored a beautiful point on the turn, as she fought off the Grenagh backs. Kerry O Leary, who received our âPlayer of the Match' Award, played out of her skin. When the girls were really tiring in the last ten minutes, and Grenagh kept trying to break through our defence, Kerry was stead-fast in her defence and stepped up a gear to clear the ball to her team-mates, displaying great confidence and team belief which filtered right up the field. In the final minutes a ball was delivered to Meg Hennigan, who was having a great game in the centre of the field, clearing the ball up the field and ensuring that the flow of the game continued. On this occasion, she took charge of the play and made a superb run right up the centre of the field and finished with a fantastic goal.

The game was tense right to the final whistle, and the numerous supporters who travelled with us, said it was a very enjoyable game to watch (nerve wrecking), but very enjoyable. The Ballincollig girls won the U13 League, defeating Grenagh by 2 goals. It was back to the club for the team and their supporters to celebrate and the player of the match trophy was presented by Paddy Lucey to Kerry O Leary. The U13 Summer League Cup was then presented to the team captain (Erin Holmes). It was a great evening of football and team-building, to finish off the summer and the future for Ballincollig Football certainly looks very bright in these girls' hands. Many thanks to Timothy Collins for all his help at the training sessions and helping to keep the girls focused and confident heading into the final.